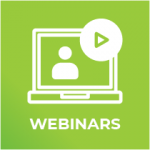 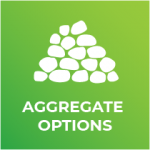 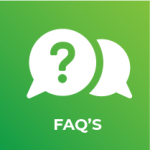 Cities are often viewed as unhealthy and unwelcoming places. Many of the most famous works of English language literature are based in hellish Victorian city scapes and modern Science Fiction frequently references dystopian future cities.

Despite this negative image, cities continue to grow exponentially, with 68% of the global population set to live in cities by 2050 [1]. This is understandable, as cities are the centre of trade, commerce and economic success but all too often this comes at the expense of human health and well being.

With the continually growing urban population and growing public health costs, national governments and the United Nations have recognized the need to make cities healthier places for residents, which has given birth to the ‘Healthy Cities Initiative’ [2].

So how can urban planners create cities that prioritize human health without compromising on economic opportunities? Let’s begin by looking at the effect of place on health before looking at each factor in greater detail.

The Effect of Place on Health

Traditionally, health initiatives have been aimed at small groups and often are reactive, rather than proactive. Rather than tackle the root causes of the health issues, governments have spent countless resources treating people after the fact.

For too long, our towns and cities have been toxic environments, designed in ways that limit exercise and encourage unhealthy choices [3].The World Health Organization (WHO) is trying to turn this idea on its head by promoting the creation of environments that promote healthy lifestyles [4].

With this initiative, the hope is that people live longer, healthier lives and in the long term reduce the need for medical treatment.
The push for healthy cities has three main pillars:

Modern western cities already have a lot of initiatives designed for physical safety. Barriers are up between pedestrians and traffic and crosswalks are installed to reduce accidents. Standards are in place for building safety and try to prevent accidental death.

Healthy Cities initiatives goes to the next level in looking at less easily tangible metrics that also impact human health and wellbeing.

First of all, air pollution is targeted. It is estimated that up to 4.2 million people globally die prematurely every year due to air pollution and cities are undoubtedly a massive source of this pollution [5]. PM10 and PM2.5 particles in particular are linked with respiratory and cardiovascular issues.

Reducing car traffic, introducing regulations on heavily polluting industry and moving towards sustainable energy sources are all ways of reducing pollutants that can impact human health [6]. 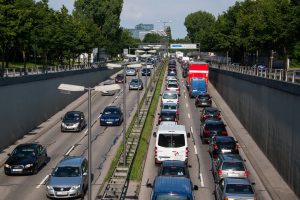 Next is noise pollution, which is a massive issue that is not often addressed. Vehicular traffic, aircraft, machinery and other urban activity causes noise that can impact the ability of people to rest and relax and in the long term impacts their health [7].

Once the city itself is a safe and happy place for residents, then more attention can be given to sustainable development, which ensures the city is viable long into the future and has a minimal impact on the environment.

The cornerstone of sustainable development is managing natural resources. The amount of resources needed to build and maintain a modern metropolis are massive and over extraction in the past has led to significant damage to the local and global environment.

Healthy Cities is about healthy citizens and a healthy environment, which means only sustainably exploiting the natural environment and using the resources in a measured way.

This is often achieved with power or water saving measures and sustainable energy projects. The utility of these programs is often limited by the original design of cities, which did not take into account the conservation of resources when built [8].

For this reason, the Healthy Cities program looks towards sustainable design as the cornerstone of future cities. When sustainability, usability and healthy living are considered from the beginning, cities can become much friendlier places for humans and the environment [9].

There are many ways this can be achieved, but the most common method is the introduction of building standards, such as the LEED standard in the United States, that specifies criteria for sustainable development [10].

Although it is a slow process replacing legacy infrastructure in cities, with the new standards being introduced for sustainable landscaping design we can expect our towns and cities to become more environmentally friendly places over time. 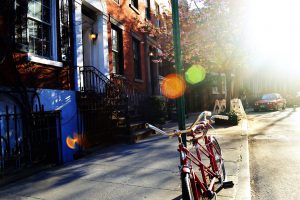 Health means more than just clean air and water. It also requires active lifestyles and a feeling of community and belonging, which is the final piece of the Healthy Cities puzzle.

The first step in making a more liveable city is introducing a more ‘human’ scale. Rather than massive high rises and city blocks that are kilometres long, edged by multi lane motorways, modern city design is focussed more on medium rise development and walkability [11].

The introduction of a more human scale has many ancillary benefits such as:

One of the key components of introducing a more human scale is building natural spaces that can be used for recreation and as community meeting places. These parks, squares and other recreation facilities introduce much needed greenery to cities [12].

Healthy Cities Around the World

You may now be convinced that the Healthy Cities concept is a positive step towards more livable cities for the future, but what does a city enacting these principles look like in practice? Let’s take a look at how some cities have made big changes to become healthier places. 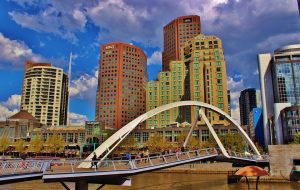 Melbourne consistently rates among the most livable cities in the world, but it is still far from perfect [13]. Just like many other cities in Western nations, Melbourne developed as a car centric place, displacing pedestrians and cyclists in favor of commuters [14].

The problem cities that have developed in this way face is the lack of ‘human scale’ and the lack of opportunities for active living that a car culture represents.

Melbourne has only begun to create its 20 minute neighborhoods, but with new programs like this, it is likely to remain at the top of livability lists for years to come. 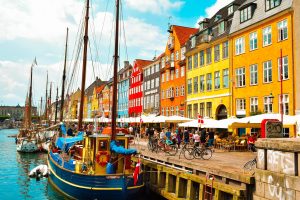 Copenhagen was one of the founding members of the Healthy Cities initiative in 1987 and has continued to build its resident centric credentials ever since [16].

Bicycles are by far the most common form of transportation in the city, reducing air pollution considerably and ensuring the long term health of Danes, reducing costs incurred by their generous state funded health care [17].

Rather than legislate the use of bicycles, they made the design decision to disincentivize the use of cars. The city actively makes it easier to ride than drive and it certainly seems to have worked [18].

Along with the extensive use of renewable wind energy and well maintained public green spaces, the focus on renewable transport makes Copenhagen one of the healthiest cities in the world.

Amsterdam is also well known as a city of cyclists, but one of the major changes it is making to become a better place to live is to do with the management of water.

The Netherlands as a country is almost entirely built on low lying, reclaimed land and its history is one constant battle against encroaching water. This fight is set to get serious with rising sea levels and improving water management in urban areas is one way to stay ahead of the game [19].

Recycling and storage of water at the local level is being encouraged to reduce the demand on municipal systems and as a way to keep excess water in situ for as long as possible instead of overloading waterways [20].

One of the major ways this is being achieved is by reducing the number of impervious surfaces, using ‘green roofs’ and installing natural paving materials such as stabilized aggregates [21].

Natural aggregates, stabilized with Organic-Lock™ allow for near natural rates of infiltration, allowing excess water to be stored as groundwater, significantly slowing its entry to waterways and reducing the chance of flooding.

Urban Planning for the Future

1400 cities globally are already part of the program and more join every year. With a concerted effort, our increasingly urban population around the world can live happy and healthy lives that do not have a negative environmental impact, while still taking full advantage of the conveniences found in a modern city.

[1] UN (2018). 68% of the world’s population projected to live in urban areas by 2050, says UN. https://www.un.org/development/desa/en/news/population/2018-revision-of-world-urbanization-prospects.html

[14] Giles-Corti, B., Arundel, J. (2018). Too many cars, too few supermarkets: how Australia’s cities really stack up. The Guardian. https://www.theguardian.com/cities/2018/apr/10/too-many-cars-too-few-supermarkets-how-australias-cities-really-stack-up-liveable

[17] [18] Boseley, S. (2018). How do you build a healthy city? Copenhagen reveals its secrets. The Guardian. https://www.theguardian.com/environment/2018/feb/11/how-build-healthy-city-copenhagen-reveals-its-secrets-happiness

[19] Gulsoken, D. (2019). The Dutch Are Worried About Climate Change, Their Government Needs To Catch Up. Forbes. https://www.forbes.com/sites/denizgulsoken/2019/03/15/the-dutch-are-worried-about-climate-change-their-government-needs-to-catch-up/#787da75e7858 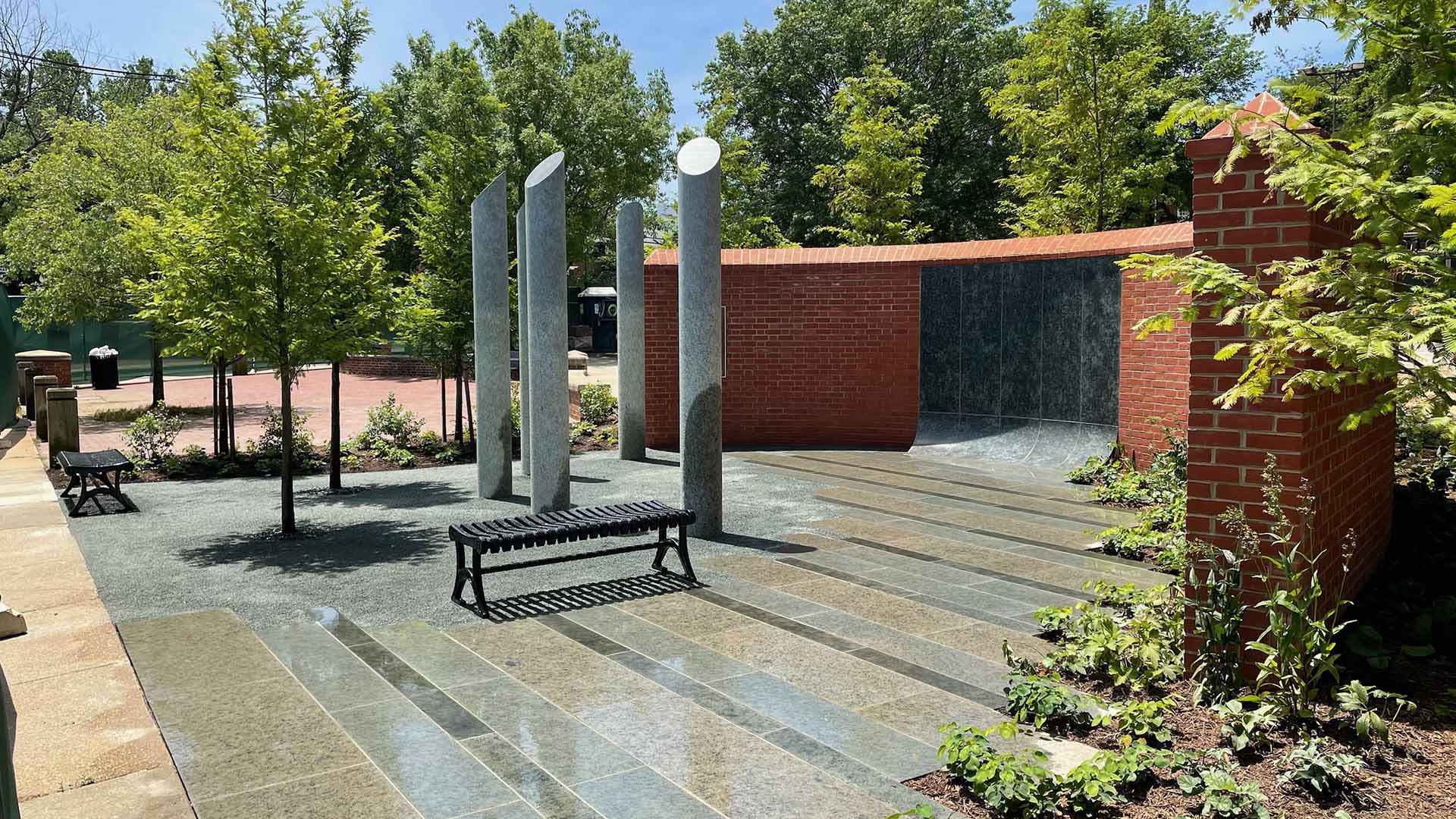 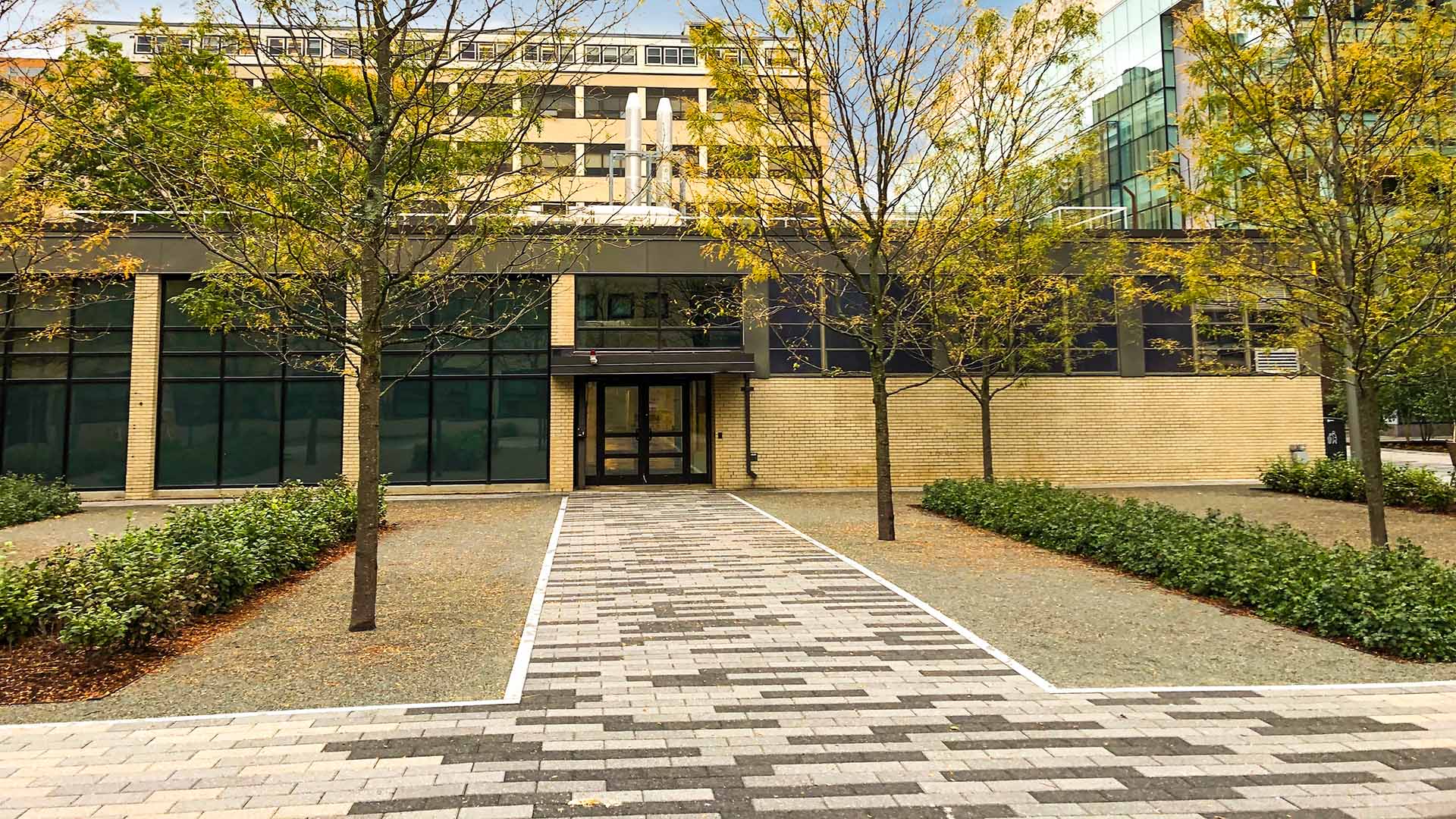 We’ve been fortunate to have our environmentally-friendly, erosion-resistant aggregate binder integrated into projects all over the world 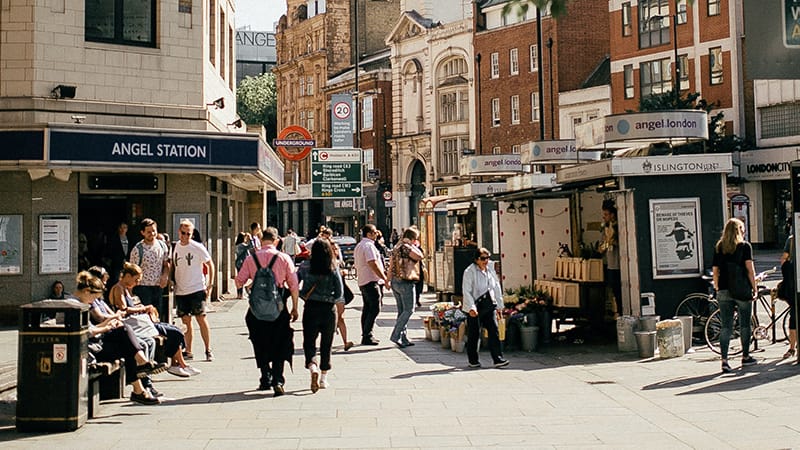 The Urban Heat Island Effect and How to Fix it It isn’t your imagination, cities are on average hotter than rural areas. The reason for this is the Urban Heat